Can I draw? Remembering my past as a clothing designer… 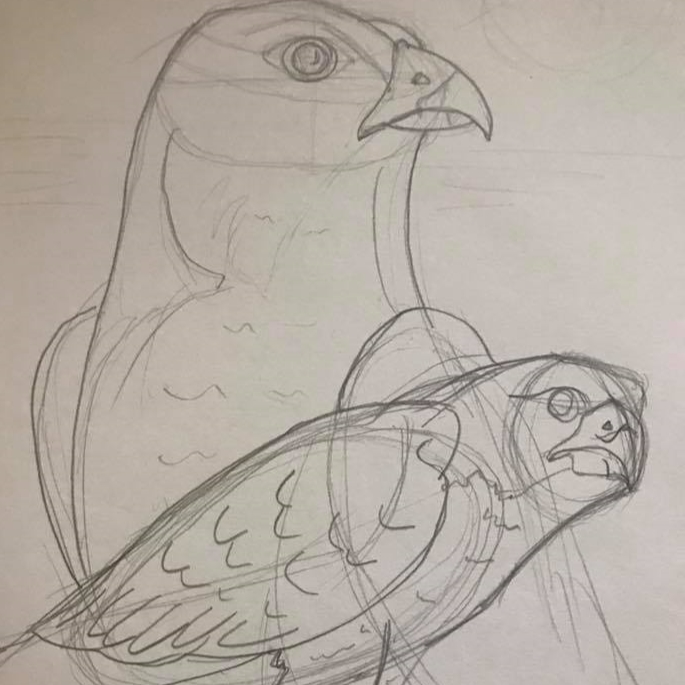 First thing first… I haven’t updated my blog in a while! I’ve started a new job (Head of Department at Staffordshire University) and had a second baby (River Anthony Headleand)… so I’ve been a bit preoccupied with other things. But with things settling down a bit, it was time to put pen (keyboard) to paper (blog) again.

I wanted to recount an experience I had with a colleague recently. Specifically, I was talking to them about talent and ability and noted that art required some fundamental talents that some people (meaning me) didn’t have. The colleague challenged me on this and said “no, drawing is a technical skill and every part of it can be broken down and taught”. This was part of a larger discussion about where university education sits. To use a common analogy, are we carving new statues from stone, or are we refining and polishing a statue that already exists?

So, I challenged him “Ok, I’ll come to one of your life drawing lessons, and you can teach me!”. I saw myself as the ultimate test case as I (quote) “just can’t draw”. But beyond everything else, this was just a fantastic opportunity to see some sessions through the eyes of a student.

Well, long story short I turned up and spent two hours sketching models in a life-drawing class. It was a great chance to chat with students, and see some excellent practice from a superb member of my team. By being a student, I think I got a better understanding of the experience than simply doing an observation, and I’ll be doing this much more next year. But this isn’t the point of the story! Effectively, I went from “terrible” to “bad” which I consider a significant improvement, and I have now challenged myself to do at least one drawing a week… which I have kept up with so far.

I was shocked. I had actually been able to draw something that was recognisable as a person. For me, this was a big improvement, and one I felt quite proud of. As I simply couldn’t draw.

But… this is actually utter nonsense. I used to draw a lot. My first degree was in design, and I actually spent 2 years doing freelance work as an apparel designer for outdoors companies. Indeed one of my colleagues actually wears an old jacket that I was vaguely involved with the design for. Most of the work I did was for an American outdoor sports company that developed watersports equipment, and I designed and contributed towards a number of drysuits, waterproof cags (a type of kayaking jacket), rash vests, and buoyancy aids. In the UK I spent some time working on mountaineering clothing, and casual cycling trousers. I’d never claim to be the Gianni Versace of outdoors gear, but I was successful enough to pay the bills for a time. Of course, much of this work involved a lot of drawing. For anyone who knows about my eclectic career, this revelation probably doesn’t come as a surprise.

So why then had I written myself off as someone who simply “just couldn’t do art”? The truth be told I’d forgotten all about that strange time of my life. It was never a vocation I committed to, more a compensated avocation where I was never able to break into the “big leagues”. By the point I stopped freelancing I had also found pretty stable work as a graphics designer (which involves surprisingly little drawing) and programmer, teaching creative technologies (graphics, film, and animation) on the side at a local college. I also became obsessed with making small games in a new piece of software called “unity” which ultimately set me on the path to where I am now.

So over time, I forgot how to draw. It’s a muscle you need to exercise, and mine fell into atrophy. After a while I guess I became insecure about losing the skill I had – and it became easier to simply say “I can’t do it because I don’t have the talent”. So, I pushed memories of once having that skill to the back of my mind. I guess this is just a coping mechanism people employ when they need to justify something to themselves.

However, as part of this process of discovery, I looked up some of my old sketches. It was fun to relive that chapter of my life for a while. Certainly, it’s given me a target to aim for – who knows, maybe I’ll design a jacket again someday.