Could Games Have a Role in Combating Social Isolation at University? 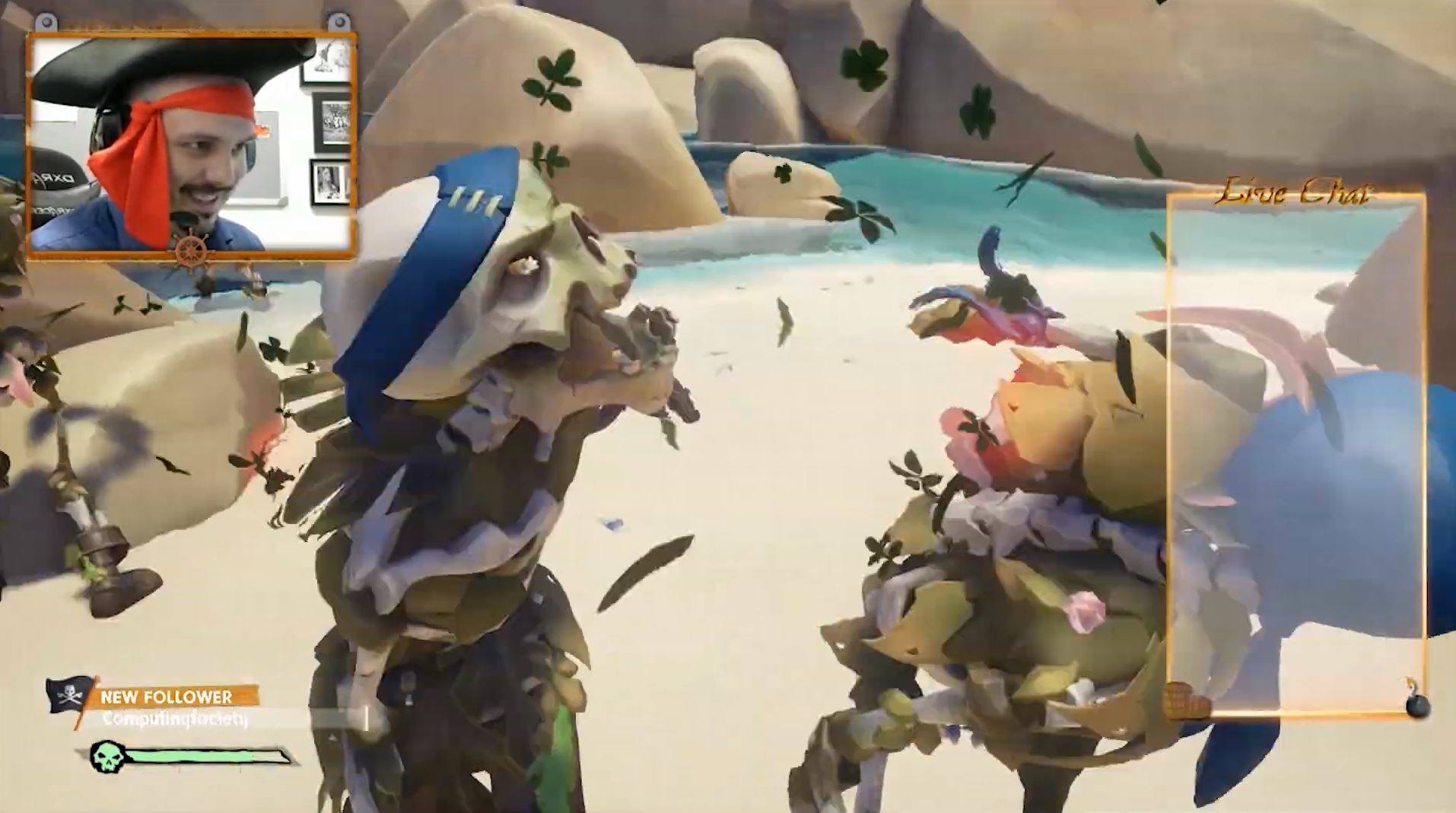 We are likely to be living in various levels of isolation for at least the next academic year. Although some of the lock-down provisions are being relaxed, it is unlikely that things will go “back to normal” for quite some time. With socially distanced teaching, there will still be individuals who are shielding who will be unable to benefit from even this level of social interaction.

Classic approaches to pastoral care and community integration may be challenged in this blended space. Trying to support a mix of partially online and offline students will be especially challenging as we will need to consider various models. Furthermore, while there remote pastoral models, these often implicitly rely on the principle that a student has elected to be a remote learner – rather than having been forced into isolation due to an unprecedented pandemic. Some people are going to struggle, and many will already be facing long periods of loneliness.

I became fascinated with using games in student engagement activities ever since I played a chess-game during a meeting with one of my own tutors. The game became a useful framing device, and a conversational lubricant allowing for a much more relaxed discussion. Over the year I have experimented with a number of initiatives, largely around using games in different formats to support the development of learning communities, peer mentoring, and pastoral support.

Since lock-down, I’ve been wondering if any of the insights I’ve gained over this time could be applied directly to this challenge. Play has been shown to help reduce stress, as well as developing social and cooperation skills. These qualities could be incredibly valuable in the challenging environment we find ourselves in if we could leverage games towards pastoral support.

I’m working on a few strategies myself, and I’m hoping to share more information about this on this blog as things develop. Bur for now, I thought the following insights may be useful.

How Could Games Be Used?

The first question I usually get asked when talking about video games in student engagement and pastoral care is “how”. I’ve quickly written up five ideas I’ve worked with over the years, and this is what I usually recommend.

Participatory Play: One way that games can be used in pastoral engagements is by hosting games that students can participate in. Playing games can be used as an event for students to interact socially with each other and their academics. Play can help to reduce stress, and by its nature it puts academics and students in a space where everyone is equal – which can help to foster a relaxed conversation. We can do this while maintaining social distancing using online multiplayer facilities.

Live Streams: Video games live streaming is one of the fastest growing forms of media. A significant amount of the total internet bandwidth is currently being used for people broadcasting their video games experience. Live streams can be seen as a democratised form of reality TV, where a “streamer” (or group of streamers) broadcast their game play to an audience. The format is interactive, and the audience engages with the streamer via live comments and chat. I have been using live streaming for around 18 months to run Q and A sessions with my students, each stream has a huge amount of engagement, and the students have generally valued the activity. One of my students had this to say “they [the streams] create a different space to really interact with the lecturers, it’s more casual and feels like you are just chatting with your lecturer”. Another said “sometimes we get together to chat about the stream the night before, its a shared event with the community and leads to other conversations”.

Gaming Communities: In the past I have organised student to student gaming communities. The way I did this was by asking the students what multiplayer games they are currently playing and randomly matchmaking groups together. This created opportunities for social interaction and networking between students, and was especially helpful for new students wanting to engage with their peers. I did this while teaching in the further education sector, and was easily managed via a form. While I have been working in Higher Education there has always been a student society at the university I’ve taught at which provided similar opportunities. Esports, or Gaming clubs will often run scheduled gaming events for their peers. However, in the near future they may need support to facilitate this organisation as they will face similar challenges moving online

Knowing your Community: One of my favourite projects has been “Star in VR”, a Lincoln-centric spoof of “star in a reasonably priced car”. In this, we got colleagues to race against each other using a Virtual Reality video game (Project Cars). This was used as a framing device to introduce students to specific members of our Lincoln community. The show was managed, and organised by the students themselves, and was very successful in highlighting specific service areas or individuals. We used the game as a hook to capture attention, and used that to package up a meaningful interview in a humorous way.

Escapism and Wellbeing: The final area of opportunity I wanted to discuss was the possibilities for escapism and wellbeing. Looking through various media outlets it is clear that many people have turned to media, such as films and games to provide some kind of escape from lock-down. Games provide an opportunity to explore a new environment from the comfort of your own home and many people have found that comforting, and good for mental health. For example, my own company develops a VR experience called Ocean Rift which has been used extensively during this period. There are also a number of games explicitly focused on supporting wellbeing, a great example of this is SuperBetter which has been extensively researched.

Now you have decided to use video games in your pastoral strategy, what else do you need to consider?

Accessibility: Consider that your students may not have access to a “gaming computer”. If you want use games with your students, you may want to consider something older that can be played on modest hardware. Games that can be played in-browser or on a mobile phone may be an option worth considering. Furthermore, the cost of games can be a barrier to entry, but fortunately there are a number of free games available. Paid games can be an option if the students already own them, or if the department is willing to invest in them.

Collaboration vs Competition: Multiplayer games can be roughly split into two categories, those where players compete against each other (competition) and those where they collaborate (collaboration). In my work I have found collaborative games to be better suited to pastoral work as they encourage communication and dialogue between the players. They can also encourage a sense of community and help to develop transferable teamwork skills.

Does Your Audience Play Games?: Many people don’t play (or wish to play) video games. Some will even view the idea with a certain level of stigma, and believe that games are a juvenile activity. with these individuals you generally have two options, a) try to win them over, or convince them to engage anyway, or b) provide them with an alternative way to engage. Option “a” is largely counter to my ethos, and doesn’t result in proactive engagement, but option b can be hard to facilitate with the same level of participation. One approach I have found successful is broadcasting the game (through Twitch or YouTube) and allowing people to passively participate. This way they can still engage with the activity and conversation without needing to play the game. This can also be a gateway to more proactive participation.

Privacy and GDPR: Many games require people to register with a service, making their use problematic from a GDPR perspective. For this reason I have tended to use games that people already own and play, or games that don’t require the users to sign up – honestly this can be harder than you think.

Lots of people play games: One thing I have found is that more students than I expected already played games fairly regularly. Many will already be signed up to social gaming platforms, and have accounts on platforms like Steam and Xbox. Knowing this, and knowing that platforms your students play on can inform your decisions about what games you may want to play. Personally, my “gamertag” is shared with my students so they can invite me into games.

Embrace Irrelevance: When I’ve discussed the use of games in student support, one topic usually gets discussed, specifically “what if I can’t find a game that suits my subject”. Honestly, in my experience (and working with other colleagues in this space) I don’t think there is much benefit to finding something conceptually linked. As we are providing pastoral support through the game rather than delivering subject knowledge it is far more important to find something that is fun and engaging, and something that facilitates communication.

Game Pacing: In my own projects I have found that the speed of gameplay has probably the biggest impact on a games usefulness in a pastoral engagement. Games that are very fast paced can distract from conversation, as the game itself requires significant focus and attention. Games that have a slower pace (or have structural breaks in play) allow for more discussion between players.

This has been intended as a really brief introduction to using video games in a pastoral strategy, and any readers found it useful. If working with games is something you are considering I would love to hear from you. I’m planning on writing up a few posts on this subject over the next couple of months so it would be great to know if anyone has any ideas on the subject. I think that games could (as part of a broader strategy) help us to combat social isolation in our students and colleagues.