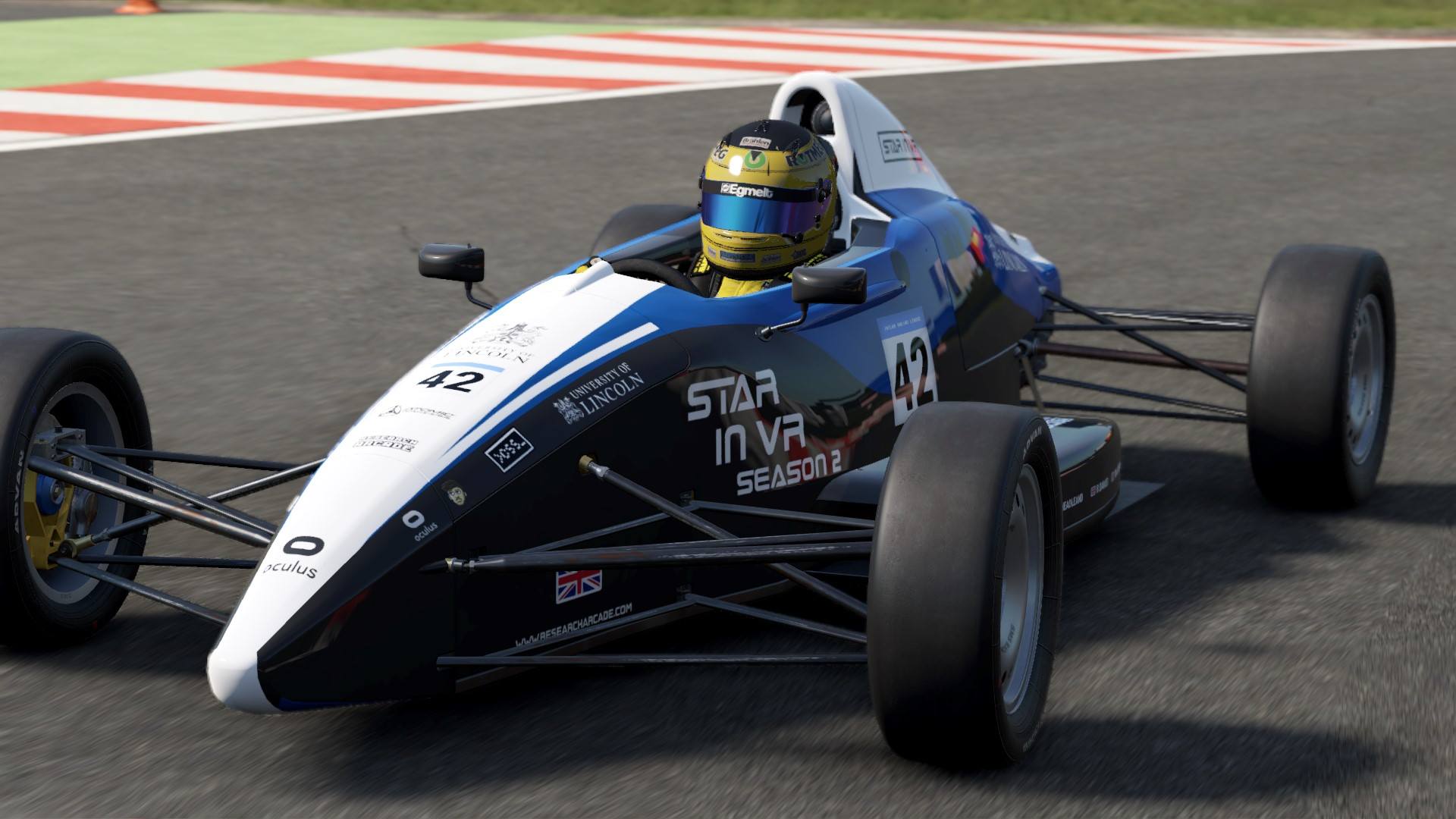 We used student-led interviews because we wanted to highlight to the cohort how broad their learning community actually is. Students often only consider their immediate lecturers because these are their first point of academic contact. However, there are hundreds of people who work tirelessly to make the student experience as great as possible and we wanted to promote that.

We decided to use some Virtual Reality research equipment to create a novel interview experience. We spoofed the “Star in a Reasonably Priced Car” format from Top Gear to create “Star in VR”. Each staff member in the series would be interviewed, followed by completing a timed lap in a simulated race car. The colleagues involved in the interviews would then have their time placed on a leaderboard. The intention was that the students would watch the interview, but would stay to the end to see the driving. The reality is that most (with the exception of one) of our colleagues had no race experience, and as such would often crash/spin out. The students argued that this added a level of humour that was very humanising and helped them connect to the individuals being interviewed.

What do you need?

In the School of Computer science, we noticed some impact almost instantly. Firstly our careers and placements team had a huge surge of inquires following the initial episode (featuring our college placements lead). Further departments had other increases in inquiries following an appearance on the show. Students also reported having a better understanding of how the university worked and was better able to get support when they needed. We also noticed that impact wasn’t limited to the students who actually watched the show. Many students gained benefit through secondary information. As long as “some” students watched the episodes they were able to disseminate the information through other channels. For example, one student with a housing query was advised by a student who had watched the episode that covered that topic.